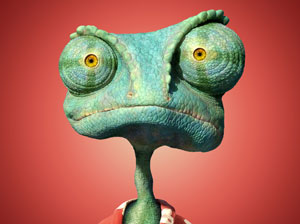 In an Oscar projection based on a series of polls, Gold Derby predicts that Cars 2 is a long shot for the Best Animated Feature win at the Oscars, and may even miss out on a nomination if their projection reflects anything close to the reality.

Cars 2 ranked 8th in the poll, which would put it outside the reach of a nomination for a category that often selects only 3 nominees but may choose up to 5. Either way, 8th place won't cut it.

The poll pegs Rango, the first fully animated feature from Industrial Light and Magic (ILM), as the ultimate winner. That isn't much of a disappointment to me. If Cars 2 can't win, then Rango is a worthy winner in my book.