Back in October, Pixar launched a faux website designed to mimic the website of an actual university. The site offers enrollment information, images of the campus and athletic teams, and a store selling Monsters University gear. 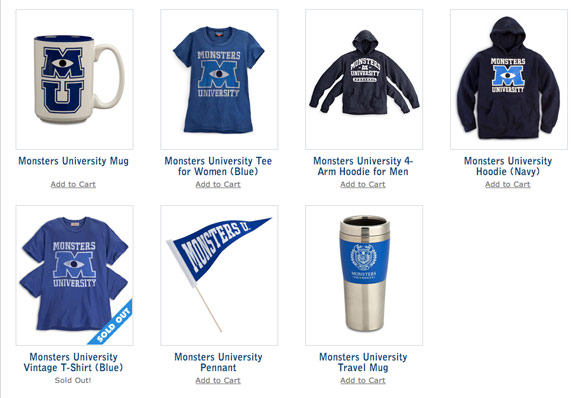 Many of the items were real, but some four-armed and two-collared shirts, that would presumably accommodate monsters with such abnormalities, were marked as “sold out” or “coming soon”. Well, as it turns out, there may have actually been some truth behind the images, because as of a few days ago, at least one of the four-armed sweatshirts has actually gone on sale in the store. It remains to be seen whether more of these novelties will be made available.