The theatrical 3D re-release of Monsters, Inc. has been officially underway for a few days now, and rumors are already coming to the surface about the blu-ray. The first bit of good news is that it will include the popular short Partysaurus Rex, which has quickly become a fan favorite among the current trilogy of Toy StoryToons. 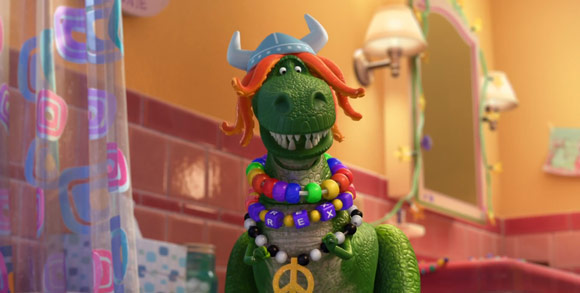 Partysaurus Rex made its theatrical debut with the 3D re-release of Finding Nemo in theaters, but was not included on the blu-ray. It has, however, been available on iTunes and Amazon for several weeks now.

Additionally, there is a strong rumor (circulated by a listing on blu-ray.com) that it will hit shelves on the 19th of February, 2013. That would be in sync with the short blu-ray release cycle that saw Finding Nemo 3D in stores about three months later.