Mike Senna, an Orange County, California-based computer programmer has built his own life-size working WALL•E robot. This is not Senna's first famous robot project, he also has a working R2-D2. 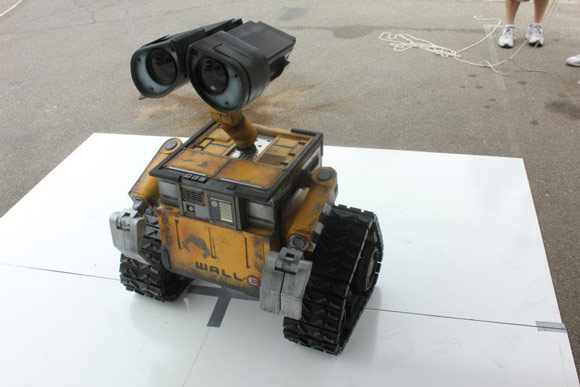 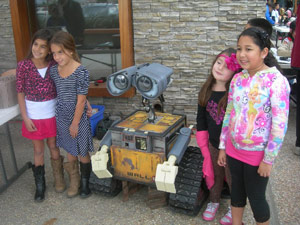 Senna says he spent an extra 20–30 hours each week, in addition to a full-time job, working on his WALL•E for a total of around 3500 hours over a span of two years. The robot, which is operated fully by remote control, can move freely around on working tank-like tracks, just like the movie, and can move his head, his arms and even say his name.

It's not all about the attention and acclaim though. Senna spends the rest of his time taking his popular robot friends to children's hospitals (and a film convention every now and again) to cheer up kids who have had it tough, and may feel a bit lonely — like WALL•E.